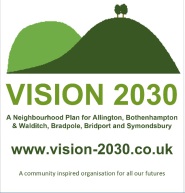 Phyllida reminded everyone of the Register of Interests and said that she is standing as a candidate in the forthcoming election for the West Dorset Councillor for Bridport North Ward.

5. Update on appointment of Feria as consultants.

6. Updates from WDDC, including the Retail Survey.