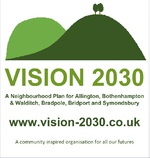 Phyllida welcomed everyone to the meeting and everyone introduced themselves. She said that the Steering Group is pleased that Bradpole has stayed with the Bridport Area Neighbourhood Plan.

Phyllida was nominated by Caroline, seconded by Richard F. There were no other nominations. As Phyllida was happy to continue as Chair she was deemed to be elected.

Glen was nominated by Andrew and seconded by Phil. There were no further nominations. Glenn said that due to other commitments he was not able to take on the role and it was agreed that, in the case of the Chair not being at a meeting, a Chair would be elected for that meeting.

Phil reported that notes from Working Groups are still not being sent to Bob within 72 hours and are therefore not appearing on the website.

The notes from the Vearse Farm workshop are on the Bridport Town Council website. The next meeting will be in May, date to be confirmed.

A member of each Working Group gave a brief update.

Housing has to complete the Housing Need Assessment before anything else can be done.

Transport is looking at buses, cycleways and walking routes, traffic layout at Bridport Town Hall junction, light railway. There is a need for a traffic survey at the Town Hall junction, which would cost between £500 and £600. This will provide the evidence base for changes.

Land Use has had little response to the “call for land”. The group is looking at sites rejected by the Local Plan – of the 40 there are 8 or 9 which could be significant. WDDC have been asked if it would approach the landowners on the Work Group’s behalf. They are looking at land for “economy” as well as housing. AGREED that a further “call for land” should be made with more publicity surrounding it. It was acknowledged by the Chair that the call for land must be time limited and would be the final call. It was also stressed that ‘exception sites’ will be the focus

The lack of land coming forward should not be used as reason to further delay the draft plan.

Community Facilities is struggling due to no-one apart from Phyllida being in the group. Sal said that she would help with mapping.

It is hoped that the Project Manager appointment will be made next week and that there will be someone in post before the end of May.

AGREED that the end of April deadline for Working Groups is not achievable. A new date will be set when the Project Manager is in post.

Bob said that any group needing support should contact him

There was some discussion as to how “adventurous” and “innovative” the Neighbourhood Plan can be. The general consensus was that it is better to include ideas even if they may be rejected by the Examiner. The Plan should be innovative but sustainable.

Phil reported an issue with the Vision-2030 e-mail, which only affect those who download their e-mails – web mail is fine.

Jo has provided templates to be completed by each group – these will form the evidence base.

AGREED that working groups pass completed templates to Jo on a rolling basis.

Everyone agreed that it is important that the plan is easy to navigate.

Everyone is to look at the St Ives and Frome plans before the next meeting.

would like better communication between it and the Steering Group

supports the aim for a creative, bold and innovative plan which at the same time must conform to the Local Plan and take account of technical advice received.

appreciated the work being done by the Work Groups

Who is liable if there is a legal challenge after the plan has been accepted? Bob to investigate.

Surely Park and Ride is not Sustainable Transport?

There is a need for more parking, especially as the Local Plan has Rope Walks Car Park designated for retail development

The issues of funding were raised and Bob informed that additional funding is expected from Locality.

The next Steering Group meeting will be at 5:30 pm on Tuesday 10 May, at Symondsbury School.

Phyllida thanked Bradpole Parish Council for arranging for the Steering Group to met in Bradpole tonight.