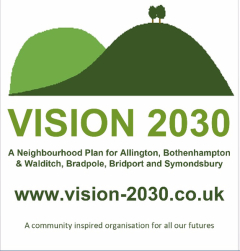 Phyllida Culpin took the Chair in the absence of Wendy Thorogood.

Jak Ford was welcomed as a Steering Group member representing Young Persons in the Plan Area. 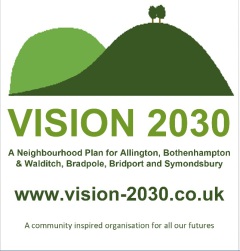 2.    Matters Arising From the Minutes.

•All “working groups” have got together either in person or by e-mail.

•Photos for the website are outstanding – it was suggested that individuals supply their own photo as well as a group photo being taken.

     The minutes were agreed and signed.

•ACTION – Phil needs someone to help him with social media

•ACTION – Mat will write some of the narrative for the website e.g. an explanation of what

Neighbourhood Planning is and what it can achieve

•This cannot be released until at least the website is “live”

•Jan Farnan has agreed to come to the meeting on 3 March 2015. Mat is having a pre-meeting with her the week before

•Everyone to send their concerns / questions to Mat ASAP

•AGREED that this be deferred till the next meeting in the hope that there will be a Symondsbury Parish representative by then, rather than filling all 12 places now. It is important to not have too large a Steering Group. People who are interested could be asked to join working groups rather than the Steering Group.

•Mat recapped on the relationship between Neighbourhood Plan and local plans and the NPPF. It is important to work from the top down and not to get over involved with the Working Groups until the overall “holistic” view has been developed – what is the Plan “vision”, what is it to achieve, how is this going to be communicated to the community in such a way as to encourage community involvement in the working groups etc?

•AGREED that this should be clearer after the session with Jan Furman at the next meeting.

•ACTION – everyone to think about the overall “vision” and send suggestions to all ASAP.

•ACTION – Mat to circulate the Local Plan “vision” statement to all

•ACTION – “working groups” to circulate what they have agreed so far regarding the scope of the groups, for discussion at the next meeting

•AGREED that a map of the area covered by the 5 parishes is needed – Bob thinks that Bridport town council has a suitable map. Also, Dorset Explorer online can be used. There is a need for maps showing information such as flood zones, AONB, defined development boundaries etc..

7.    Code of Conduct and Register of Interests.

•Mat reported that he has been in contact with Hallam Land Management (promotor of the Vearse Farm proposal) who are looking at holding consultation events.

•ACTION – Mat to find out what this will involve and to ask if they would come to speak at a Steering Group meeting.

It was suggested that seminars be held in schools to involve younger people on an on-going basis.