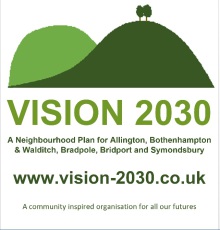 Wednesday 20 December 2017 at The George, Bridport

Phyllida reminded everyone of the Register of Interests and asked if anyone had any changes.

Applications for Project Manager closed on 19 December 2017. The applicants have been short-listed and 4 will be interviewed by Bob Gillis and Daryl Chambers on 9 January.

Notes from the meeting are appended.

The meeting was constructive and lasted for nearly 3 hours. The BANP representatives asked for a key contact at WDDC.

Glenn has queried why the issues with the Piddle Valley NP, which were found by the examiner, were not picked up by WDDC?

There was some discussion about how the NP can cover the issue of developer’s viability assessments for affordable housing provision showing that it is not viable. However, as there are 3 factors which determine viability (cost of land – unquantifiable; development costs – can be quantified; developer profit – cannot be quantified) it is not possible to carry out our own assessment.

There was discussion about getting the national press / Oliver Letwin involved in the viability assessment issue.

Everyone agreed that housing need is not the same as housing demand, but that the government policy appears to be led by demand.

The results of the Retail Survey, which is being carried out for WDDC as part of the Local Plan revision, will be available on the dorsetforyou website at the end of March 2018. This is a telephone survey which is looking to find out what it available, when, and what is “missing”. The reason for the survey is to identify any need for a large retail outlet and, if so, where it could be located. This could protect the town centre boundary and prevent out of town development. The expectation is that no great need will be identified.  A “stakeholder” meeting will be held on 9 January 2018 and at least 1 NP representative will attend.

The results of the Environment and Heritage Survey (again for the Local Plan revision) will also be available on the dorsetforyou at the end of March 2018. This is looking at environmental and heritage aspects of potential development sites which have been put forward.

A Transport Survey is also being carried out by WDDC for the purposes for the Local Plan revision.

The brief was sent to nine suitably qualified consultants.

There was a response from 2 + Jo Witherden. Another was excluded as he is a plan examiner, but he is willing to carry out a “health check” on the plan before it is submitted to WDDC and the examiner.

Policies must be exactly right, both in terms of what we want and exactly where we want it geographically.  This will take some time and we will need to work with WDDC. The NP timetable may need to be extended.

A Housing working Group meeting is needed early in the New Year.

A meeting with Hallam Land is also required – Phyllida to ask Bob to follow this up.

The results of the 3 WDDC surveys will be reviewed when available at the end of March 2018.

Bob D said that he understands that DCC intend to stop all bus subsidies, including that for the X52.

Sue said that Pat’s Cabs are looking at the viability of providing a service to the outlying villages with no bus service.

Phyllida said that the matter of affordable housing viability and how negative assessments by builders can be challenged will the taken forward after Feria Urbanism has been appointed.

Phyllida said that the election of Chair and Vice chair for the coming year should have been on the agenda and passed the “chair” to Richard Nichols.

Caroline and Richard T nominated Phyllida as Chair. There were no other nominations and all Steering Group members present where in favour.

Bob D and Richard N nominated Richard Toft as Vice-Chair. There were no other nominations and all Steering Group members present where in favour.

The next Steering Group meeting will be on Wednesday 17 January 2018, 6 pm at Mountfield.